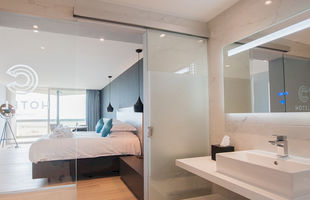 OSTEND INSPIRATIONAL CONGRESS - A DEEP DIVE FOR THE MEETING INDUSTRY

October 22nd was marked in quite a few meeting planners’ agendas, as the convention bureau of Ostend, ‘Meet in Oostende’ organised an inspirational day for the meeting industry. After arriving in Ostend the guests were welcomed in the magnificent heritage building ‘Kursaal Oostende’. The welcome coffee took us to ‘Kurso Events & Seminars’, a wonderful event location at the top of the building. It is fair to say that this location offers the most brilliant view over Ostend and its coastline.

After a good dose of caffeine we were ready for the inspirational speakers. Tom Palmaerts had the honor to open the day. He is a trendwatcher and renowned speaker and applied his experience and knowledge to the meeting industry. He showed the crowd what direction the world and society is headed for and how you, as a meeting planner and entrepreneur, can respond to these trends. Inspiring it was! Evelyn Bardyn, head of the Visit Flanders convention bureau, went more in depth in how Flanders as a whole is promoted across the globe as a conference destination. One of the key aspects in the story is heritage and heritage venues. The hosting location, Kursaal Oostende fits into this story perfectly.

After having heard a lot of interesting topics, we had the chance to go and get a cup of coffee whilst networking and connecting at the ‘inspirational wall’. Each participant was given a question with the idea of writing down the first thing that came to mind. A fun way of connecting and creating engagement with the other visitors!

The next speaker, Gerrit Jessen, has been active in the international meetings industry for over 25 years. As a certified event designer who closely followed the creation of the EventCanvas he gave the audience a short introduction on how to work with this canvas. An absolute must-hear for everyone who is professionally involved in organising meetings and conferences.

What followed, must have been one of the most memorable experiences many event planners have witnessed in a long time. A big part of the near 100 participants were up for the challenge to recreate the logo of Ostend on the beach. A part of them even risked going into the water with their bare feet. Refreshing, but above all, a very inspiring break!

After a walk on the beach and in the sea, people tend to get hungry. The lunch buffet that was set up was an absolute delight. It was also the perfect moment to get in touch with new people and to visit the local stakeholders who were there as a sponsor. The lunch and networking moment couldn’t have ended any better than with delicious pastry …

The afternoon session was divided in two groups. Freek Stevens gave an interesting session on social media, a lot of his insights and tips will be very useful to both the local suppliers present as well as for all the meeting planners. Pieter Jan Jordaens impressed the audience with his presentation on Blue Energy. Not only did he give us a lot of information in a limited time span, he also emphasized the importance for the sector in Ostend. To conclude, there was a Q&A between the moderator Samme Allen and the general manager of Toerisme Oostende, Peter Craeymeersch. We were shown how Ostend has changed over the past years, where it stands now and where it is going in the future. As a meeting planner the general message was clear: Ostend and its hotels and meeting locations have had a huge makeover over the years and many others will follow. But above all: Ostend and its convention bureau are there to aid any meeting planner on its way to organize the perfect event in the ‘City by the sea’.

Before concluding with a cocktail and a mocktail, there is one person in particular who earns a special mention. The moderator of the day, Samme Allen, is a truly inspiring woman. She managed to involve every single person in the room, and motivated everyone with her seemingly endless amounts of energy and enthusiasm. Between all these interesting speakers, Samme was the person who tied everything perfectly well together.

We had a great day in Ostend, people left motivated and inspired. Ostend, the city by the sea, left its mark on a lot of meeting planners. 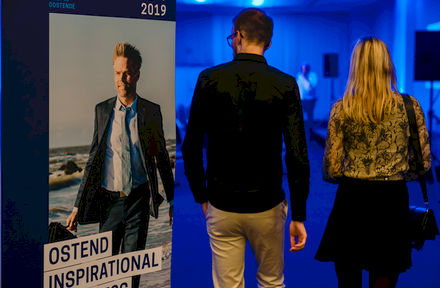